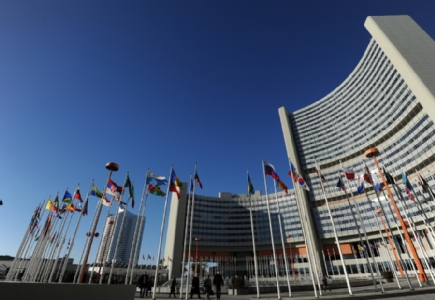 The International Money Laundering Information Network (IMoLIN), a one-stop AML/CFT research resource, was established in 1998 by the United Nations on behalf of a partnership of international organizations involved in anti-money laundering.

28 June 2021: UNODC co-led a new FATF report entitled "Money Laundering from Environmental Crimes". The report looks at the methods that criminals use to launder the proceeds of environmental crime. Efforts to detect, pursue and disrupt environmental crimes have not been proportionate to the sector worth up to 281 billion USD/year. When properly implemented, the FATF Recommendations provide effective tools to disrupt these illicit financial flows. To read the report please click here.

Courses in Vienna will be announced soon!
To read more about the training please click here.

UNODC's regional office in South Eastern Europe is building the regions capacity in fighting money laundering and terrorist financing. UNODC has posted a regional anti-money laundering and counter terrorism financing adviser in South Eastern Europe, to have a consistent strategy in the in tackling these crimes within the region. To see the video on the office's activities please click here.

In addition, the course explains how cryptocurrencies, including Bitcoin, work by focusing on the key definitions, internal mechanics of cryptocurrency and the blockchain ledger. This course will explore the ecosystems of Bitcoin and other popular cryptocurrencies, whilst addressing and reviewing community regulations (or lack of) and wider governmental controls.

The eLearning package provides an essential backdrop for those who proceed to undertake classroom-based cryptocurrency investigation training.

Building a strategic partnership platform between each attendee is a key priority for UNODC. This course will increase the knowledge and skills of the experts whilst helping share best practice of how to develop blockchain-based international investigations.

Reporting and Control of Physical Transfers of Currency, Bearer Negotiable Instruments, Gold, Other Precious Metals or Precious Stones through the Borders of the Islamic Republic of Afghanistan
March 2016

ARINWA Assessment Study on 'Seizure, confiscation and management of proceeds of crime in West Africa', proposed establishment of an "ARIN" type network for West Africa
March 2014

An Overview of the UN Conventions and Other International Standards Concerning Anti-Money Laundering and Countering the Financing of Terrorism (January 2013) ··»»more reference materials...

UNODC Global Programme against Money Laundering, Proceeds of Crime and the Financing of Terrorism (GPML) Fact Sheets on its products and tools
August 2012

Council of Europe Convention on Laundering, Search, Seizure and Confiscation of the Proceeds from Crime and on the Financing of Terrorism, [ French]
Explanatory Note
(Warsaw, 16 May 2005)

Directive 2008/20/EC of the European Parliament and of the Council of 11 March 2008 amending Directive 2005/60/EC on the prevention of the use of the financial system for the purpose of money laundering and terrorist financing, as regards the implementing powers conferred on the Commission [ French ] [ Spanish ]

IMoLIN is an Internet-based network assisting governments, organizations and individuals in the fight against illicit financial flows, money laundering and the financing of terrorism. IMoLIN has been developed with the cooperation of the world's leading anti-money laundering organizations. Included herein is a database on legislation and regulations throughout the world ( AMLID), an electronic library, a calendar of events in the anti-money laundering / countering the financing of terrorism fields and a case law database. Please be advised that certain aspects of IMoLIN are secured and therefore not available for public use.

Misuse of UNODC and IMoLIN's names for fraudulent purposes

Various types of scam emails or letters purporting to be from or associated with IMoLIN and/or UNODC have been circulating requesting fees for the transfer of money. In some cases the UN and UNODC logos as well as IMoLIN's name and logo are being used for fraudulent purposes. Criminals who fraudulently claim to be from UNODC, request victims to pay fees for fictitious services relating to the verification of the origin of funds and claim that the funds will be blocked if the customer fails to pay the fees. UNODC and IMoLIN do not have the ability to block any account or issue any certificates for anti-money laundering compliance and will never require any fees for such services, since none of these services are rendered.

If you receive any fraudulent emails or letters, we suggest that you report the matter to your local law enforcement authorities.

Since August 2016, GPML's training certificates contain a unique number and a verification code.

To see the dates of the training course and the numbers of the issued certificates, please click here .